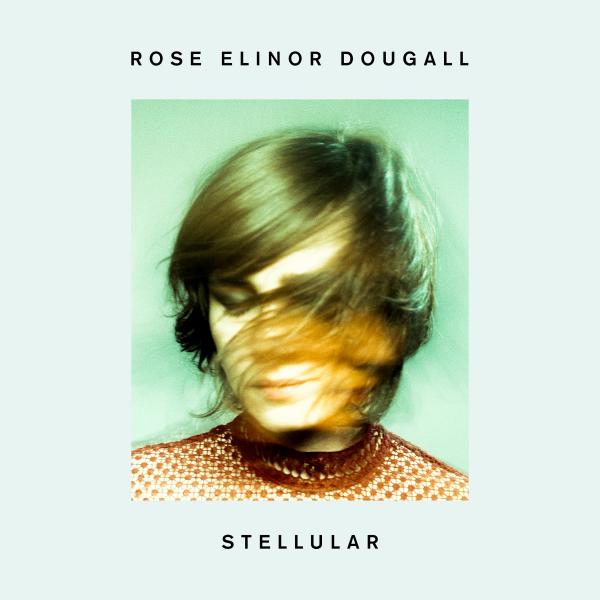 The following files are included with this item:

With a languid vocal bathed in isolation, an uneasy, inevitable shoulder shuffle of angular bass, synths and guitar, Stellular is a defiant soundtrack for a generation facing down global recession, political devision and personal insecurity.

“I was thinking about some people I knew that were struggling to get a break” says Rose Elinor Dougall of the title track for her new album, “Thinking about the endurance test I was witnessing for others… waiting for something to change.”

Stellular is the title-track of a shockingly confident new album, 11 tracks of classic songwriting, all defiantly modern, glowing with clarity and purpose. It is, in Rose’s own words ”something bolder, less apologetic, more decisive… a sophisticated pop record” It is an album rooted in the London lives that shaped its lyrics, the lives and experiences of Rose's friends as their 20s slipped by in a haze of late nights, broken hearts and struggles in an increasingly unforgiving capital. "The last decade in this country has been a really fucking weird time to be young. There's a theme of promises that are falling apart, and negotiating the wreckage of choices you might make that actually start to become less flippant and do have long-standing effects on your future.” Working with producer and friend Oli Bayston, AKA producer Boxed In, the pair started by crafting small ideas, a simple rhythm, drum noises, or a sound on a Korg Delta, exploring the "essential" part of Rose’s songwriting. The plan was to make the record from a limited sonic palette, to give everything a defined aesthetic. This philosophy stretches back to Rose’s days in The Pipettes - a band built on a manifesto for the perfect pop group by the KLF's Bill Drummond.

The songs started coming quickly, with album opener Colour Of Water all tight refrains and Kraut-minimalism setting the tone, the album was written in under three months. All At Once is the sound of Rose pushing herself out of her comfort zone. A co-write with Sean Nicholas Savage it provides a darker and stranger flavour to the album, fit with a desire "to make some modern music”. There are obvious nods to Debbie Harry, The Smiths, “the women I love.. like Karen Dalton or Joni Mitchell or PJ Harvey or Roisin Murphy or Beth Gibbons” and Fleetwood Mac, particularly on the duet boy-girl duet Dive with Boxed In. “I want it to be human, I want it to be honest. There's always going to be artifice within these things, but even just one line in one song can find the kernel of something more”, Take Yourself With You throws a very English melancholia to the Los Angeles breeze, while Answer Me - a songwriting collaboration with Andrew Wyatt (Miike Snow) - is an all too glorious reminder of classic power ballads, a bold antidote to the flakey and the indecisive.

This album is the culmination of the strange and hectic decade since the 19-year-old Rose jacked in college to go on tour with The Pipettes, made the bold move to go it alone with the introspective solo debut Without Why, then signed up to front Mark Ronson's touring band on a never-ending world tour. "It was quite an overwhelming experience," Rose says of the two-and-a-half-year Ronson outing. “A total whirlwind, playing to thousands of people and really performing. This was something my solo record hadn’t called for, there was a lot of me hiding behind my fringe and being indie, but then I was forced to the front of the stage. It was a bit of a sink-or-swim scenario.” "I've had to accept it's what I'm good at." she says. "In this country we see that as a bit vulgar, there's that natural sense of being apologetic. I wanted to be a bit more assertive." She laughs - "I've cut my fringe off”.

The following files are included with this item: